A project funded and staffed in part by EARS, had more than 200 Hamlin Middle School 6th grade students in Springfield, Oregon, build and use a no-solder Morse code oscillator (designed from ARRL’s Mark Spencer and Dave Hassler, K7CCC and simplified by Roland Jillings W7LU).  The project was also funded in part by Tucson Area Packet Radio (TAPR), and education grants from Eugene Water and Electric Board (EWEB) and the Springfield Utility Board.

First the students in the classes of Nelson Farrier (KF7EON) and Mary Larsen studied Morse code for three weeks (using W6TJP’s Code Quick system) and many of them did really well—they were slow but they knew most of the letters.  They learned about circuits, started learning how to draw them and learned a little about resistors, transistors and capacitors.

Student helpers in shop class glued the papers on the boards and pre-drilled more than 2000 holes, while other students helped strip more than 800 wires and bag 210 kits.

The day of the project there were many volunteers who came to help, including several local hams: Arnold (KD7BKX), John (KE7ZKC), Lester (KE7LEB), Roland (W7LU), and Dave(W7DGS). 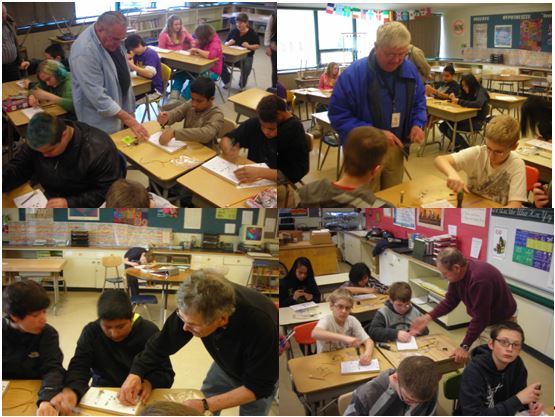 Many of the students were worried it was too complicated at first, but most of them completed the project in two days.

The third day they helped others finish theirs.  Because of the generosity many donors and sponsors, all who wanted to keep their project were able to because of the lower cost. 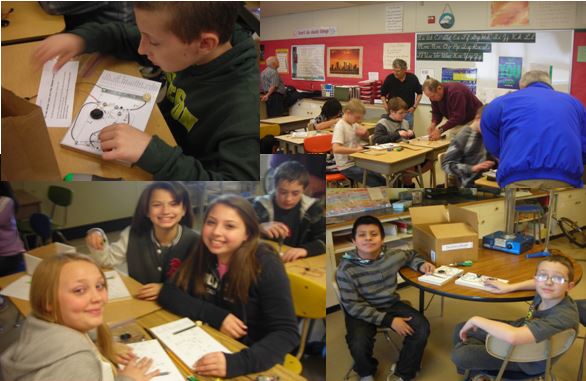 Scholarships were given to students who showed they learned 20 or more of the letters of the alphabet.  They got to keep their board for free.  Those who learned 15-19 letters, paid $1 and others who got less paid a little more.  However, all who wanted to keep their project were able to at a greatly reduced price.

It was a great project and the volunteers and students said it was a fun and interesting. 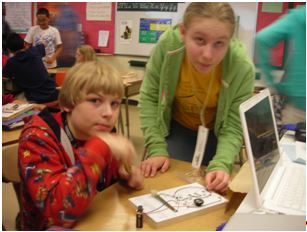